We have been fortunate enough to have lots of interaction this month with the Nyakasanga wild dog pack based in Mana Pools. The pack is made up of 11 adult dogs and 9 adorable puppies and are led by an Alpha-Female of, suitably named ‘Black Tip.’

A breeding female gives birth once a year, with litters averaging approximately 10 pups but a breeding female can have anything up to 15 pups at a given time –truly remarkable! The pups are usually born in a shelter of thick bush or sometimes even in a hole to protect them. Each litter has twice as many males and unlike many other wild animals, female offspring leave the pack when they reach maturity moving on and leaving behind the males. 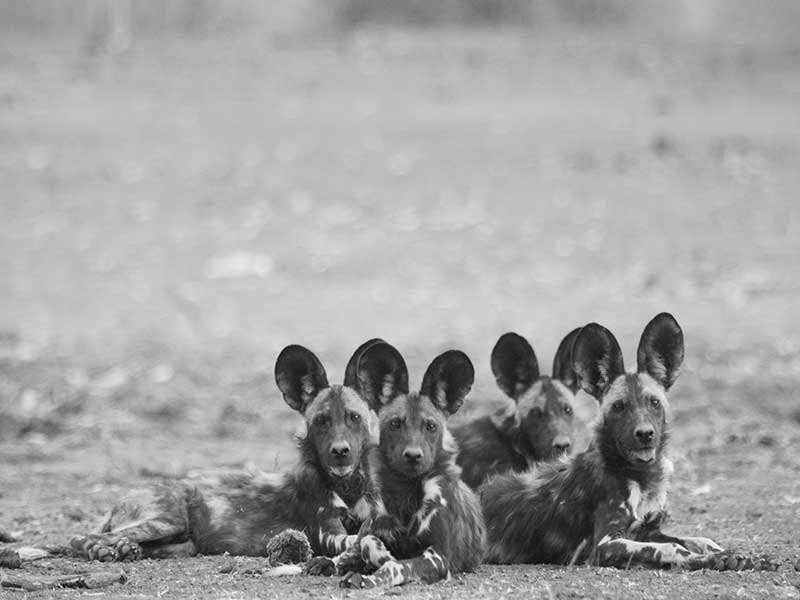 Black Tip is a relatively young breeding female, born in 2013 into the Nyakasanga pack, she had nine loveable puppies earlier this year in May – Juniper, Mara, Orion, Bear, Eden, Poet, Gypsy, Halo and Phoenix. 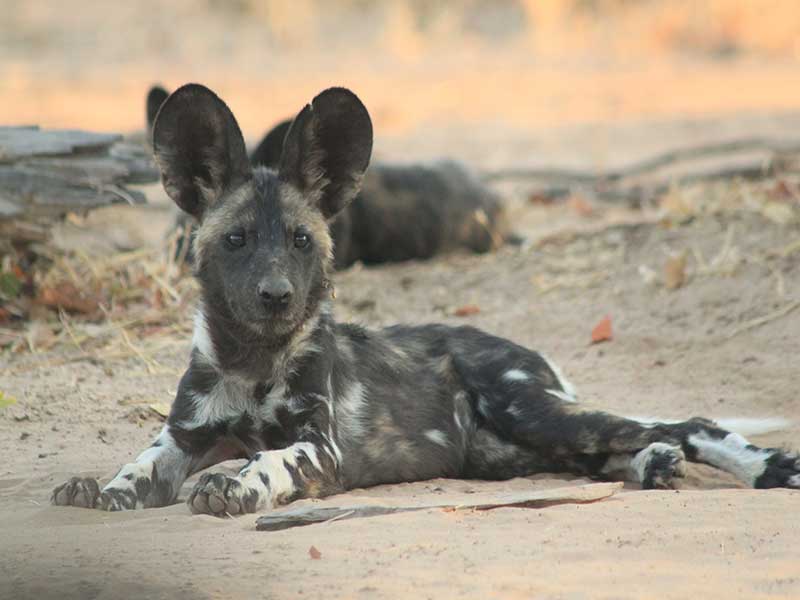 The African wild dog, also commonly known as the painted wolf which is their Latin name, are long-legged predators with strong jaws, large, erect bat like ears and bushy tails with white tips that serve as a flag to keep the pack in contact while hunting. Wild Dogs differ from domestic dogs, whose resemblance is pretty uncanny, in that they have four toes on each foot instead of five. 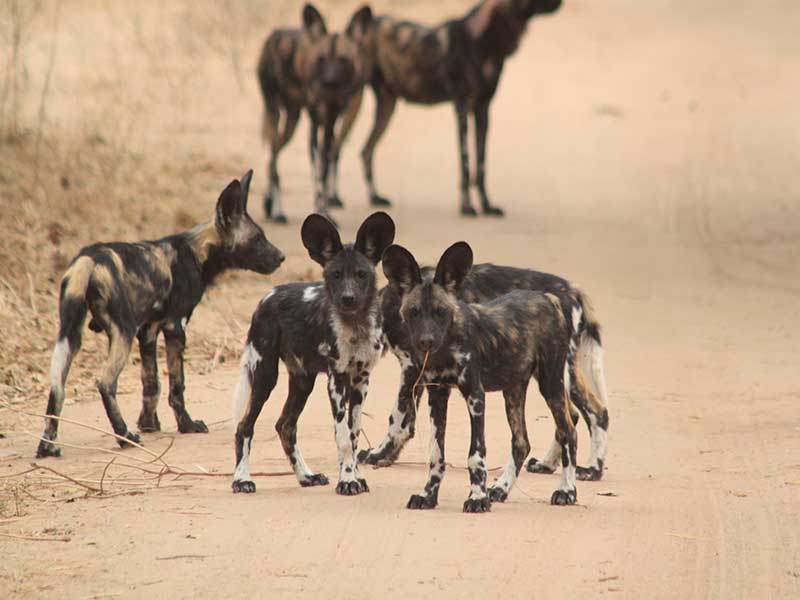 What makes wild dogs really interesting and unique, is that there are no two wild dogs the same! This makes it easy for us when we are following the pack as each dog and pup become easy to recognize with their individual markings and patterns, so it is actually not too difficult remembering all their names.

The pups were based out of a den in Western Mana Pools National Park for the first three months of their life before they could become fully mobile. As wild dogs seldom stay in a one place for long, once the pups are three months old, the pack will move onto greener pastures where life is never boring!

The Nyakasanga wild dog pack work together to ensure a happy and healthy life for the pups taking turns to babysit, hunt for food and play with them. Once the pups are mobile they can travel up to 5 kilometres a day and as they continue to grow, the pack can cover a large range of ground each day to hunt for their food. 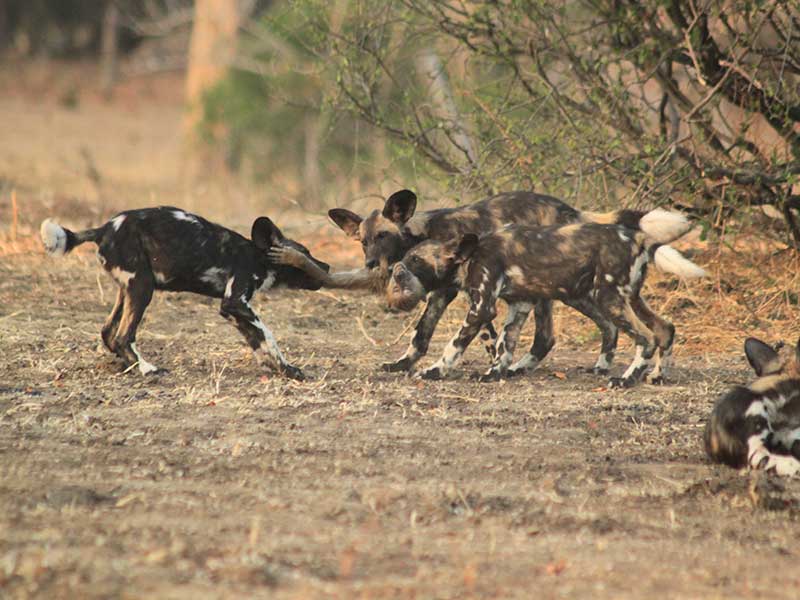 Research has shown that wild dogs are highly intelligent and social animals. Each day a routine is closely followed by the pack. Early mornings and early evenings are spent hunting where the pack can devour a whole impala in just two minutes, selecting only the best pieces of meat to eat. The bones and skin is left behind for hungry hyenas, who follow the pack closely each day and are always keen for a leftover meal. The rest of their day is spent having a drink at the nearest water pan, a log afternoon siesta and lots of family playful fun!