Visiting Africa with your family can be one of the most memorable and educational holidays you may ever go on. Bushlife Safaris tailor make all our itineraries for our guests, ensuring that everyone in the group has the ultimate safari experience in Africa. We pride ourselves on offering an intimate wildlife experience to our guests on foot, land and water in Mana Pools National Park. 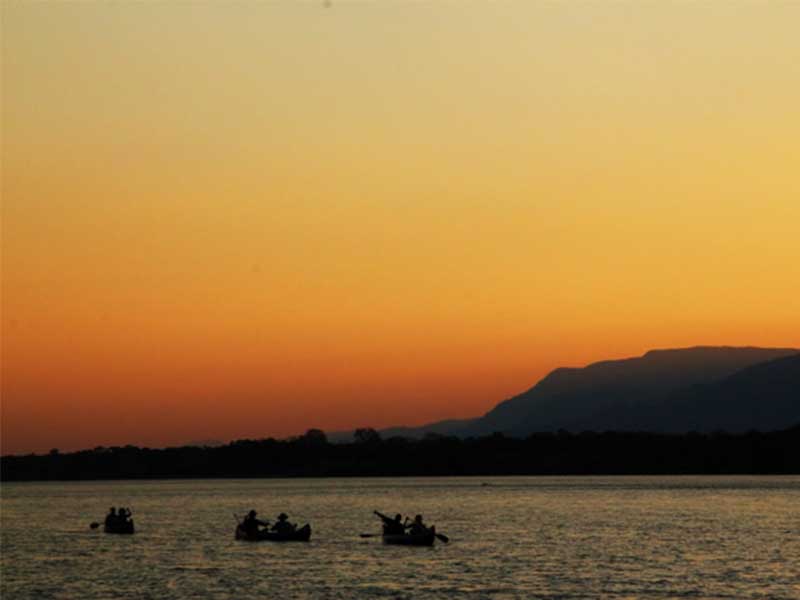 With our wide range of activities on offer at Vundu Camp, Little Vundu and Ruwesi Canoe Trail, there is something for everyone and you will leave us feeling enriched, having been on one of the best safari experiences in Africa.

We share the same passion and commitment to wildlife as we do to our selection of highly professional guides who will look after you the minute you arrive in Mana Pools, Zimbabwe.

Did you know that there are currently only approximately 10 guides in Zimbabwe who are licensed to take you along the river as well as on guided walks, who have up to date and current experience on the river? Bushlife safaris are proud to say that we have three, offering you the unique opportunity to enjoy both land and water safaris during your stay with us. 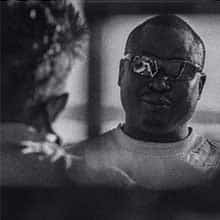 Born in the eastern highlands of Zimbabwe, Henry was a nature lover from birth. From bird calls, to the natural beauty of the area and diverse fauna and flora, his passion grew to incorporate a love for the African bush and wildlife.

In 1996, Henry began training as a river guide in addition to a training to become a professional learner guide. Spending a lot of his time on the river and camping on islands along the Zambezi River and sleeping under the starry African sky, his interests grew to include astronomy, which he began to study intently. Henry then gained experience in the tourism industry where he has been part of various camp management teams and in 2009 he acquired his full professional guide license. This makes Henry’s guiding skills quite unique as he can take you on a journey down the mighty Zambezi River and then on a walking safari or game drive afterwards! And it doesn’t stop there – Henry has further enhanced his guiding career by undertaking lepdoptology and field presentations in the last few years.

Simeon Josia has been working in the safari industry for over 20 years now. Growing up in the small town of Kariba, where it is the norm to see wild animals roaming the streets, Simeon learned at an early age to understand and respect wild animals.

He began his career as a canoe guide, alongside Henry, and obtained his canoe licence in 1996 and his Professional Guides licence in 2005.  This also makes Simeon one of the few guides licensed to both conduct walking and canoeing safaris in Africa.

Simeon is quiet-spoken and has a confident way he shares his depth of knowledge on wildlife and cultural aspects of the Zimbabwean culture, leaving guests always enlightened after a safari spent with him.

Simeon has been a valuable part of the Bushlife Safari team during the two-year period of filming a wild dog documentary with the BBC in 2015 – 2016. He spent endless days working on both the night and day shoots, observing and learning about the wild dogs behaviour and inter-species interactions, making his knowledge invaluable. 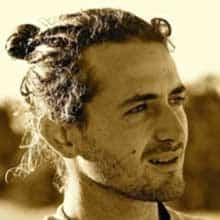 Alex was born and raised in Harare, Zimbabwe. With his French heritage on his father’s side, Italian heritage on his mother’s side, and a pure passion for Zimbabwe in his heart, Alex will ensure that you have an unforgettable safari experience in Mana Pools National Park.

From a very young age, he had the great opportunity to live in different countries around the world, Italy, Morocco, South Africa, Australia, and Namibia, are all places that he once called home. But there was just one thing missing and that was living in the African bush, where his heart belongs.

At the age of 17, Alex took his first step in the safari industry with a remarkable Frenchman, Pierre Jaunet (who launched the unique Catalina Safaris and conducts overland safaris to the remote and wild corners of Africa). Alex assisted Pierre with his mobile safaris around Botswana, acting as a camp assistant and translator for French and Italian speaking guests.

Alex first qualified as a professional guide in South Africa at the youthful age of 19. He obtained a level 1 FGASA Nature guide license in 2010 with Eco training and was very fortunate to then join Thula Thula Private Game Reserve, where he worked with the late Lawrence Anthony and his herd of elephants that have become famous around the world from his book “The Elephant whisperer”.

Alex has since guided safaris with Pierre around Botswana, finally moving back to Zimbabwe in 2012. Based full time in one of the most pristine and wildest places on earth, he has developed an interest in photography which he invests a lot of his spare time in.

Alex decided to go on a new adventure from Mana Pools, heading off to Australia, where whilst exploring south Australia and its nullarbor plains in-between, he met his wife, Marie.

In 2013, Alex & Marie moved back to Zimbabwe, to pursue his main goal of passing his Zimbabwean guide’s licence. Alex passed his learner guide’s licence in February 2013 and they both joined Kanga Camp in Mana Pools National Park, as camp manageress and learner guide.

The couple then teamed up with Vundu Camp in 2016, where they are our current managers in camp. 2016 also was the year Alex finally passed his final exams and officially qualified as a Professional Guide in Zimbabwe.