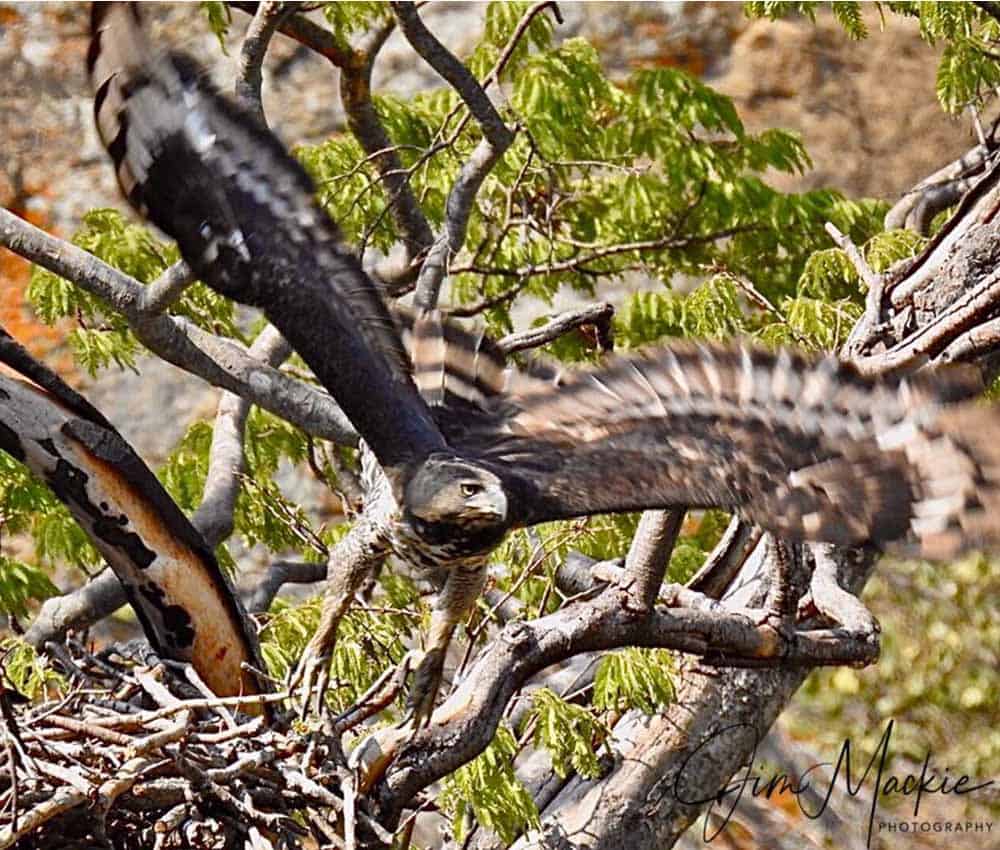 Mana Pools is a Must-Visit Destination for Birding

The feathered sights you will see in Mana Pools we think to rival those of elephants on hind legs and packs of painted wolves! In the dry season, which is between May to October, you can expect to see around 280 species in the area. We have been fortunate this year to have Jim Mackie on our guiding team. He is a true birding “fundi” and many guests have enjoyed spotting some rarer birds, and learning more about the avifauna in the area.

Here is a snapshot of what guests saw in August this year with Jim Mackie:

Some winged stars of the show…

Although we take pleasure in all of our bird sightings, some are certainly more rare than others. Here are a few notable birds seen this season:

Sadly considered near-threatened now, the Crowned Eagle (Stephanoaetus coronatus) is one of the largest and strongest raptors in Africa. They weigh up to 4 kgs, have a wingspan of 1.5m and are about 85cm tall, but they can take on much bigger prey than expected, such as a bushbuck!

Crowned eagles are adept at finding and killing their prey – either swooping down for a their perch in a tree, or flying through the tree canopy to surprise their prey, which are mainly mammals including monkeys, hares, mongooses, genets and hyraxes, and sometimes game birds.

They are resident in a home range, and pair for life. Breeding season here in Zimbabwe can be July to May. However, most records indicate a peak August-October.

The Lappetfaced Vulture (Torgos tracheliotus) is not a common bird in Mana Pools, but it is the largest of the vultures found here, at about a metre tall and a wingspan of 2.5m. It dominates at carcasses as has a very strong beak, and can eat bones and skin too. Contrary to popular belief, they do not smell the carrion, but rather by watching the behavior of other birds, they are able to locate the food.

Leucism is a condition in which there is partial loss of pigmentation in an animal—which causes white, pale, or patchy coloration of the skin, hair, feathers, scales or cuticle, as showned by this leucistic Lappetfaced Vulture. It can be identified by its bare pink head and large, fleshy lappets (folds of skin) on sides of its neck.

The Pels Fishing Owl (Scotopedia peli) is very nearly the size of a Giant Eagle Owl, and is a pale tawny colour without ear tuffs. It has a wonderfully resonant and deep hooting call, “hoommmm hut!” proceded by a series of soft grunts. It almost entirley on fish –  usually small fish of 100-250g but sometimes up to 2 kgs which is nearly the same size as the bird! It also feeds infrequently on small crocodiles and frogs.